Healthy Hair, Don’t Care: The Popular Ways to Protect It From Damage

The word “Hilux” is a combination of two words, “high” and “luxury”. This is what Toyota’s more than 50 years old car model has been delivering for the majority of its existence. Hilux became available to the general public in 1968. The second generation of Hilux came in 1973 and it was a model geared more towards safety features. The third generation was synonymous with versatility which back in 1978 mainly had to do with ride comfort and innovative specs. Improvements were present in every Hilux generation and the most notable ones came with the 1997 model which had a tapered line down towards the front indicator. 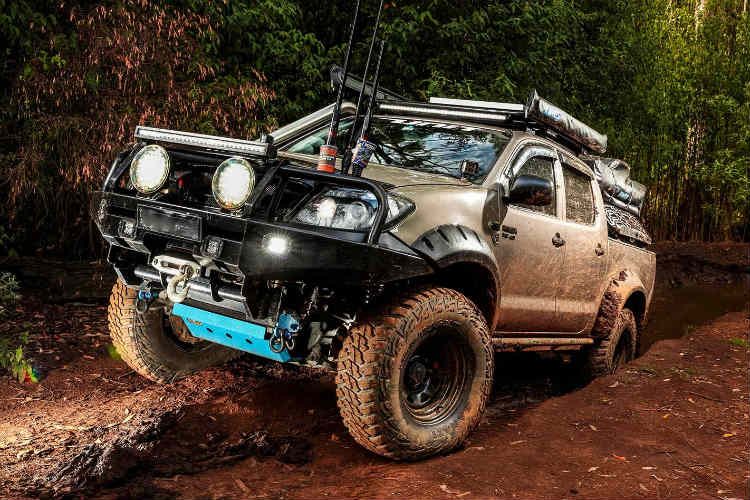 The HiLux series has been known to be tough as nails and these are generally considered reliable vehicles although they don’t feature as many Toyota Hilux accessories as other similar vehicles. You can definitely rely on the Japanese automaker’s second longest running vehicle series.

Alongside being able to carry big loads pretty easily and tow large loads too, the HiLux series is also exceptional for off-roading. These vehicles are available in two-wheel drive or dual range (4WD) and 4WD trim too which can also be found on double-cab models. 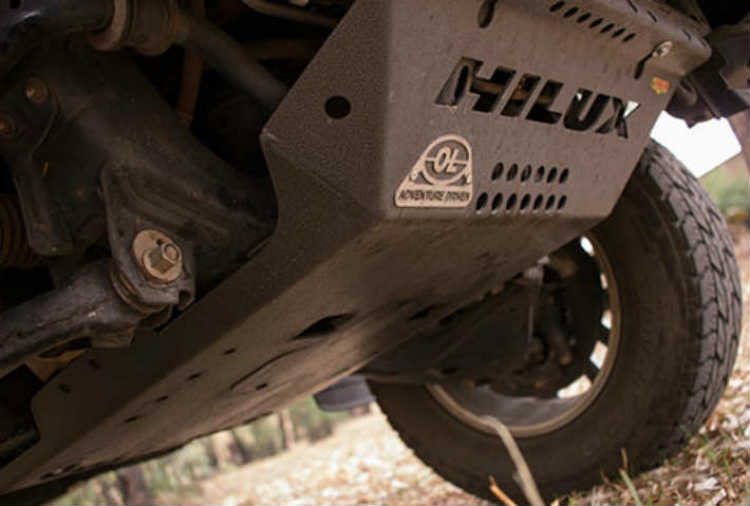 The most important Toyota Hilux accessories when it comes to underbody protection are bash plates. These can be made of steel or aluminium with the former being more durable and stronger and the latter lighter and more affordable. Bash plates are beneficial for the vital components such as the transfer box, differentials and the fuel tank. They protect these from rocks and water and help avoid expensive repairs. Since they are positioned flat under the vehicle, bash plates also help with vehicle aerodynamics. 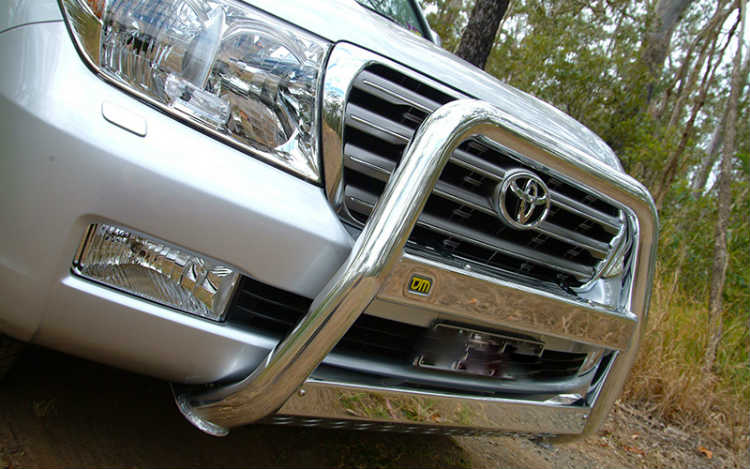 Nudge bars are a more lightweight version of a bull bar which serves to protect the front of your Hilux from animal strikes and impact from rocks and trees. They are a lightweight tubing usually made of aluminium or polycarbonate and provide minimal level of front-end protection. But one big advantage they have over bull bars is that they are not as taxing on your fuel consumption (https://www.carsdirect.com/car-buying/10-ways-to-lower-engine-fuel-consumption) and can add to the vehicle’s aesthetics. If you don’t want to add bulky accessories and still want some level of protection upfront, a nudge bar is the way to go.

Also known as vent visors or wind deflectors, these are the type of accessories you need to get to prevent rain and high winds from disturbing you and your passengers. Weathershields can be mounted either in the channel of the window or taped on over the frame of the window. They can also reduce drag thanks to their aerodynamic design which is usually made from tough acrylic glass making them car-wash friendly. Weathershields also come tinted most of the time to reduce glare and can be of great help to prevent your Hilux from getting extremely hot when left parked under the hot sun. 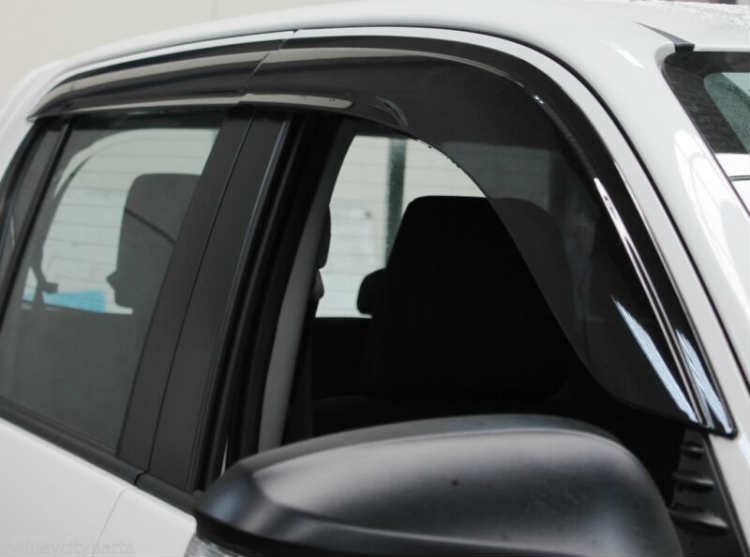 Tape on weathershields are easy to install and they don’t come in contact with the window which reduces the chances of scratching the glass or getting in the way of the window’s movement. In channel weathershields, on the other hand, are a no adhesive option which means that you won’t have to worry about them falling out when exposed to hot temperatures. They also make for a low-profile look and are easier to remove once they start rattling – this happens when you’ve been using them for quite a while.

These Toyota Hilux aftermarket accessories are an extension that provides extra cover for big tires and oversized wheels. They can help protect the undercarriage of your Hilux from stones and debris which can damage it without you even knowing. You can also style your vehicle with fender flares as they are available in different colours, textures and shapes. 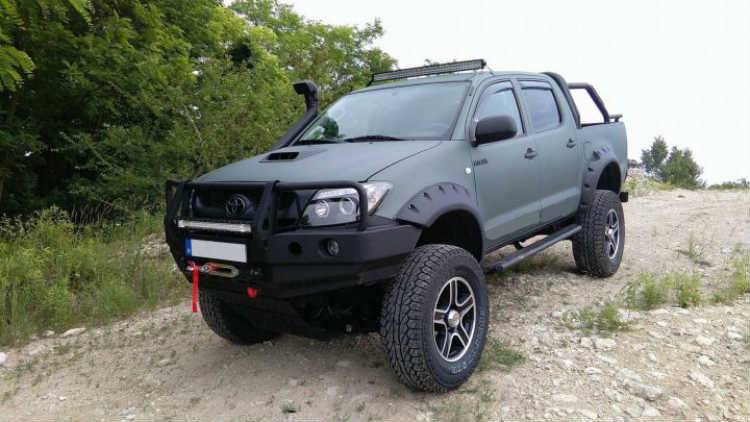 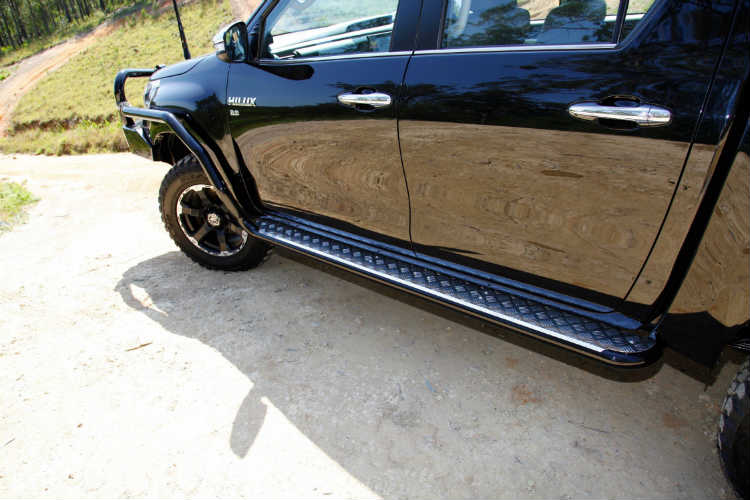 Side steps are simple Toyota Hilux 4×4 accessories that add convenience when entering and exiting your vehicle. These are mounted under the car door and usually extend from the end of the front wheels and all the way to the beginning of the back wheels. There is an option for electric side steps which fold when not in use, thus making for a cleaner and more sophisticated look. Side steps also provide a form of protection against dirt, stones and other road debris hitting or scathing the side doors. You can have padding on them too to prevent slipping when there’s heavy rain fall.

Whether you’re new to mountain adventures, or you’re an enthusiast looking to upgrade your... more»

Homebrewing Beer as a Popular Pastime Hobby: Learn How to Choose a Kit

Cracking open a cold one with the boys is always a treat, but making your own frothy brew at home... more»

Handmade Letterbox: A Popular Way to Add a Stylish Touch to Your Fence

You can have the most lavish interior in your house, but it’s the curb appeal that’ll give you... more»

Popular Ways to Keep Your Hands Clean & Protect Yourself from Germs

We share our world with bacteria and viruses which most of the time present no harm to our health.... more»

If you are remodeling your kitchen (whether building a new one at your home or your business), when... more»