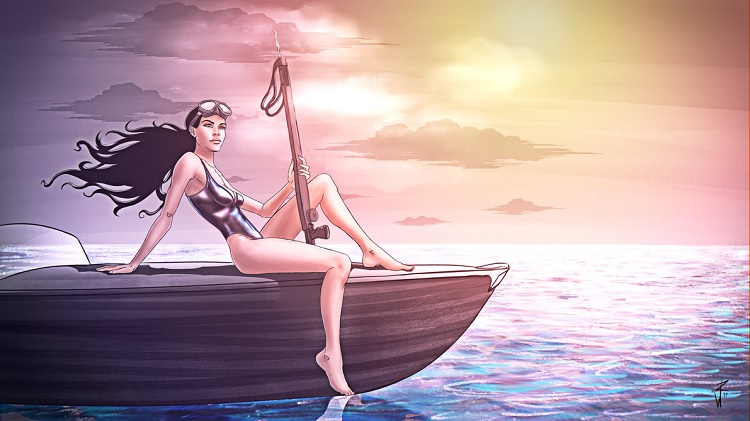 I always considered fishing to be a pretty passive activity. A sport defined by throwing a line in the water simply didn’t float my boat (see what I did there). The funny thing though is that the only less active thing to do is what I used to do in my spare time for years – play strategy games online. Until I discovered the beauty of spearfishing, that is.

As a future bride that is to become a part of family that considers fishing a passion, a hobby, a hunt for healthy meal or simply put – a way of life, as time went by, I started to feel a bit left out, since everyone had a fishing story to tell, whereas all I ever did was prepare the potatoes to go with the freshly caught meal (since I used to be a couch potato, it seemed a convenient linguistic coincidence) and stuff my face with the healthy, delicious food.

So there I was – hunger for having fun hunting (check – it’s what got me into gaming in the first place), hunger for healthy homemade food (double check), willingness to fish for compliments from my fiancee’s family (triple check). As fate would have it, on one hot Australian summer’s day, as I was browsing through my favourite artistic platform I came across this gorgeous creation, a presentation of a fantasy woman Layda in the act of spearfishing (she is a member of the Dragon tribe and one of the main characters in Sotto’s world, for more reference see the image below). 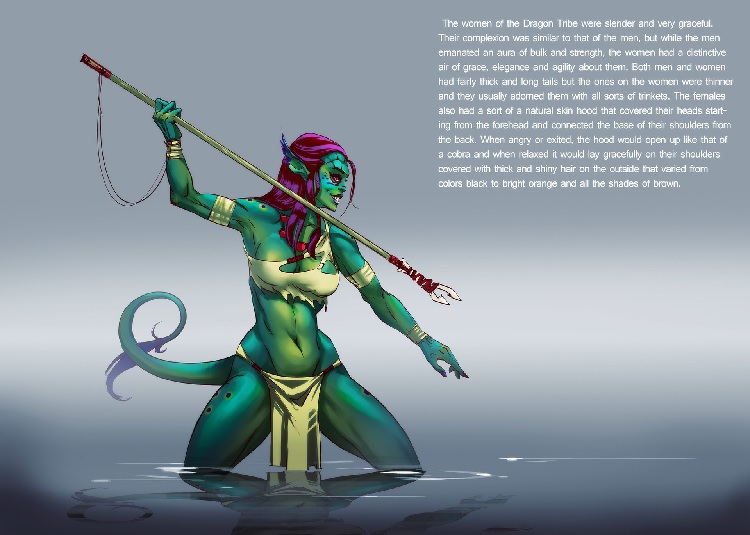 Finally! – I thought to myself, a hobby that will intrigue both my stomach and my brain! And I’ll finally pass the couch potato torch to someone else! That being said, before the actual hunt, I had to go hunting for a speargun. And as an act of dramatic parting (more like an act of laziness) with the screen loving persona I used to be, I decided to get one online and get ready for discovering a different kind of screen, the depths of which are yet to be discovered and it doesn’t operate on a switch. I opted for an open muzzle speargun since these allow for easy and fast loading and the noise they make is almost inaudible. They don’t spook fish away as closed muzzle ones tend to do (strategy talk, om nom nom).

And now the best part, on the top of its barrel, my gun has a shaft guide which serves to guide the shaft out in a straight line and that my friend makes for accuracy at its finest. However, as I later on discovered, a gun is as accurate as its user. It all ends well, (except for the fish) and guess who’s got a few stories on their own to tell? (wink)