Q&A: Why Are Cosmetic Tattoos so Popular

You know that crazy guy that climbs some of the most dangerous cliffs over an open sea using the water as a landing surface? Yes, that’s Chris Sharma, one of the most famous boulders and climbers in the area, becoming famous mainly for his idea to explore cliffs that offer no solid ground to fall on, or also known as ‘deep-water soloing’. His attempt to climb the dangerous and practically impossible to conquer cliff in Mallorca, Spain is how I first heard of him and decided to do a little research on bouldering as a sport. After all, it’s the kind of sport that offers you the most freedom in the attempt to conquer the top.

As the basic fact sheet says, bouldering is the kind of ropeless climbing on small cliffs and boulders. It can be done anywhere you can find rocks and stones to climb over. You use only your hands and feet and rely on your entire body strength to move upwards and hold onto the rock. There’s no equipment here, unless the obvious protective gear that comes down to quality crash pads. Yes, the fall is a necessary part of the entire bouldering experience. Even the most successful boulders in the area eventually experience a fall, but thanks to the practicality called crash pads, the fall isn’t as dangerous as it used to be before these were invented. 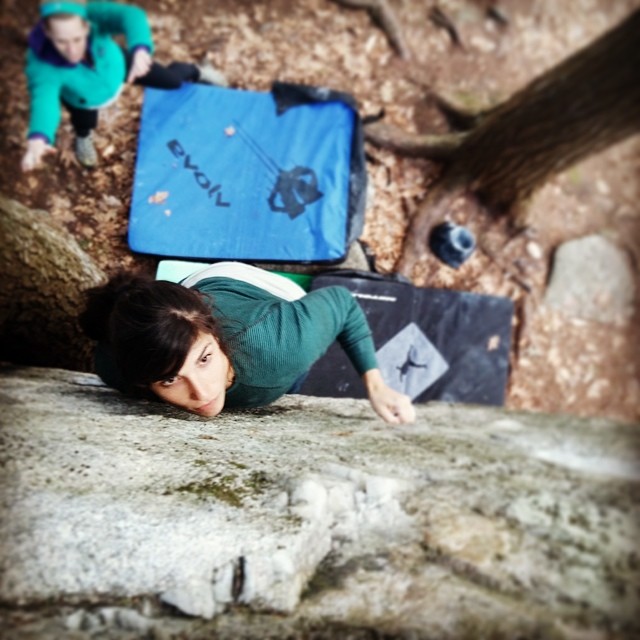 A Short History of the Crash Pad

In its purest form, bouldering is an old sport discipline. People have been climbing cliffs and boulders since always. But, conquering the top of a hill hasn’t always been a challenge. Up until the early 90’s bouldering was rough – there were no crash pads to absorb the fall and boulders were supposed to be super flexible and perceptive in order to fall in the right way so they preserve their bones. The commercial crash pad came on the scene somewhere after 1994, and with it came bouldering as an actual sport with so many performers trying to win a famous cliff and create routes that will become famous in the sport.

What Exactly Is the Crash Pad?

As falling from a tens of meters high cliff isn’t exactly an adventure but more like a bone-breaking kind of action you should avoid, something has to be placed beneath you to catch you when you fall. The crash pad’s purpose is to soften your landing and save your ankles and bones when you fall. Now you may think of these pads just as large cushions that are used for spotting while bouldering, but they can actually be environmentally harmful since the pad often destroys some of the vegetation they’re placed on. In addition, bouldering is almost always done in fragile eco-systems which is worrying for land managers.

What Characterises a Good Crash Pad?

It should perform its task in the most efficient way possible, meaning, it has to be very, very absorbing. For that, make sure the pad has the following two characteristics:

All in all, as a social activity, bouldering is a fun choice as long as you do it right and use good, quality crash pads for protection. Falling off a high cliff is never a pleasant experience and you most certainly don’t want to end up in a wheel chair because of an irresponsible equipment negligence.