Hillsong Church is an amazing team of committed producers and musicians that became world known in 1988 when they started making worship songs. Their powerful music was first noticed in 1980 in the inauguration of the Hillsong Conference, when the group was led by Darlene Zschech. Starting from 1988, Hillsong Church released twenty recordings that became popular in almost ninety countries all around the world. Their songs were created with a purpose to inspire people worldwide to praise and worship God. “The Power of Your Love”, the first live worship CD from Hillsong was released in 1992.

Some of their albums were included in the top 25 most popular live worship albums that gained international glory. Thanks to their powerful worship songs, many Christians express their loyalty to God. Even though the “Glorious Ruins” album reached worldwide popularity, Hillsong released other popular albums such as “You Are My World, Hope”, “God is in the House”, “People Just Like Us” and many other. In addition, here are the most popular Hillsong Church albums. 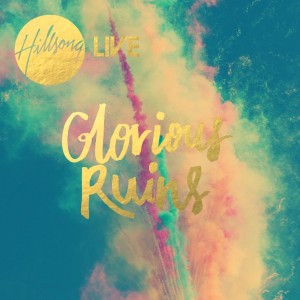 “Glorious Ruins” – This is definitely the number one album by Hillsong Church. The album includes twelve amazing worship songs such as “Christ in Enough”, “Glorious Ruins”, “Man of Sorrows” and many other amazing songs that praise the power of God. The “Glorious Ruins” album was released in June 28, 2013 by Hillsong Production. Soon after, this worship album reached the top three list of the ARIS Albums Chars. According to the Brian Houston, a senior pastor of the Hillsong Church, the good thing these days is that the ruins are coming to life. His words are very powerful and mix the faith and love in God.

“No Other Name” – This last worship album by Hillsong Church was top of the chart the first week of its release. “No Other Name” become number one Christian album that made a huge global impact. It was released on the 26 annual live worship project, and is composed of 11 songs that highlight the power of worship. Beside “Glorious Ruins”, this is definitely one of the best albums from Hillsong Church.

“Cornerstone” – Another incredible album that reached the top like “Glorious Ruins” and “No Other Name”, is “Cornerstone”. This album includes beautiful contemporary music that is easy for listening and is inspiring. Many of the songs of this amazing album are singed by believers and pastors worldwide on congregations and at their homes. “Stand in Awe”, “The Stand”, “From Inside Out” are just some amazing Christians songs you can find on this truly inspiring album.